How non-horsey folk think every British rider rolls on an average fine and dry Sunday afternoon.

Message from Sam with this and “Go read the comments”

Named my car keys “Fiyero” to add a bit of drama when I can’t find them.

Then Sam rocks up saying I left the keys upon the table.

These guys have been soothing my soul recently.

Further to earlier post and memories of the ex and of it being a weird time when Mark invaded my thoughts, the follow up album also reminded me of weirdness that happened right at the time I wrote off all thoughts and ideas of Mark happening.

Fast forward maybe a year or so and I had a sudden moment of clarity and decided right out the blue one afternoon I was leaving.   Had already made numerous unsuccessful attempts because being the type he was, each time I wanted to leave, there’d be a suicide attempt or call from A&E guilt tripping me into going back but this day I just had a light-bulb moment.    No arguments or anything happened – he wasn’t even in the house. I was sat alone in the living room of a flat we shared and just went “You know what?  I have to leave” and I grabbed a bag, rang my Mum to ask if I could stay there for a bit and that was it.  Gone.

Not without his efforts to get me back mind you but I was adamant this time was the last. He stalked me and literally climbed through an open window at my Mum’s house to speak with me one night at 3am he was nuts.

Despite all the hassle and headache I stayed strong and didn’t go back but then after feeling unwell and constantly throwing up everything I ate, a trip to the docs revealed I was pregnant.   That was a smack in the tits and I must have bawled myself stupid for days thinking it was gonna spell the end of my plans to get away and break free from him.

After getting my head together, thinking it over and – against the advice of even my family and close friends – I told the ex about the pregnancy, said I understood it would be as much a shock to him as it was for me so he had until I’d had the baby to decide what he wanted to do.

If he wanted to be part and parcel I’d support him (my family and brothers in particular hated his guts and made no bones about it either) but if he didn’t want to be involved, I’d happily go it alone and not ask him for a thing.  The only big thing that wasn’t up for debate was it had to be one or the other from the start and I wouldn’t go back on it and allow him to start dicking around and deciding he wanted in later down the line.

Giving him that opportunity made him even more vile than I imagined.  He was just nasty beyond belief possibly to make his decision not to be involved easier for him to explain I guess.  He told all and sundry he didn’t know it was even his child / I was such a raging whore it was impossible for me to narrow it down to a few etc.

It already bothered me how I’d be perceived i.e. young single Mum without a future or any aspirations just living on benefits and bleeding the system dry etc.  Even though I was far from that sort and had already got myself enrolled back in college to finish my law studies and 2nd year ILEX training, got a house and set about gutting and redecorating it top to bottom and for some reason, I still let all this crap he said and things he did bother me to no end.

Then Hannah was born and I was immediately set on not much else other than getting things on track and making a future for just the two of us.  No thoughts of Mark even got a look in it was just me and this tiny newborn I planned everything around.

The ex remained vile and called me just once about a week or two after I’d given birth and said words to the effect he didn’t want to be involved because in his mind it wasn’t right for a child to grow up between two homes or some nonsense.

Again I’m sure it was just a means of easing his own conscience but he needn’t have bothered because I really did mean what I said about not chasing him up or expecting anything from him.

Not sure why or what made me suddenly stop worrying about what he said to people or stop thinking of Mark but they both left my thoughts and weren’t at the forefront at all.

Then literally within a month or two Mark started to show up more often offering support as a friend, calling round quite often and arrived with a Christmas present for me and for Hannah (never did that before so it caught me off guard)

He bought me a plush of “Stan” from South Park and Hannah a small hippo toy from Mothercare.

It’s worth mentioning that Mark had no idea at all what I ever thought of him but he was always an off limits out of reach scenario anyway.

It struck me as weird and massively confusing that when I stopped thinking of him in that sense, he started showing up seemingly like he was interested and more than just as a friend.  Trouble is it had taken me so long to decide he was a no-go by all accounts and I wasn’t keen to get the wrong of a stick and make myself look and feel a tool by telling him anything so I just kinda shut up and stayed silently jangled to hell.

Within a short period of time, maybe another month or two, he decided to fess up and tell me he did have feelings and that lo and behold – he always had.  Not once did he let on or say / do anything to give me that idea during the six or seven years I’d known him and now here he was, fessing all when I was a single Mum with a baby and after I’d finally stopped thinking of him.

When I asked why he never said a word before his answer was “Well you were always off-limits, a lot younger than me and I didn’t think it was the right time or right thing to do until now”

It was a totally bizarre time but one that all came about because I’d let go of all the worries, all the thoughts and feelings about the ex, about Mark and right when I’d let it go was when it all landed smack bang in my lap and was almost overwhelming.

The power of forgiveness is a huge thing and I have nothing but a genuine wish my ex would at some point feel able to just talk to me, maybe even meet and catch up over a pint at the pub.  I’d love to know how he is, what he’s up to and how life has treated him since we knew each other over 20yrs ago.  That’s really how I see him – a guy I used to be with back when we were both kids.  There’s no bad feeling or need for him to feel anything other than the same.

Maybe he’s not at the point where he feels able to do that or maybe he started a lie all those years ago about paternity and has never been able to let it go.  Perhaps it was the foundation of relationships and snowballed so much and for so long it’s too far gone to go back and be truthful I dunno.

How absolutely scarily true.  I just cannot believe that whole goddamn time I was secretly thinking of Mark he was doing the same.  Seven years it took him to let me know and he waited until I was a single Mum with a tiny baby to do it.

Temporarily suspending walking from one room to another for now it’s all super speedy shuffling sliding in and out rooms like Janet J and her fellas.

Every time someone shouts me from the other room I’m in there full slide and keep going as long and far as poss or until Spherical Fleet Lorge Boi stops me like a wall of Dunlop tyres at Donnington Park.

*Shwish-swish-swish* is even better set to this track 😀 😀

I accidentally ended up back at “Jagged Little Pill” in its entirety which immediately transported me back to the time and place where I’m 17yrs old.

Wasn’t necessarily a nice time or place but I just realised how this was one of several albums on cassette that took a battering from being played heavily in a 90’s car crammed to shit with tents and camping / sleeping bags and beers.

Even more bizarre is being pulled back into a past life where everything is with my ex, our mutual friends and specific groups yet remembering feelings for Mark and I couldn’t tell another living soul.

You know those booths that blow money and people are trying to grab and shove into pockets and down trousers frantically trying to just make sure they get some?

That’s how my head felt.   Mark had no idea he wasn’t even someone we saw that often to be honest.   When it was quiet and I was just dropping off to sleep – BOOM.    Like a tramp loitering outside Gordon Ramsay’s Restaurant at closing time,

Been married 22yrs this weekend 🙂

Link to track that kicked off thoughts and flashbacks and “Oh… my… God.  I can smell ‘Chelle’s Jean Paul Gaultier perfume…  Can actually smell and hear her in the car??” 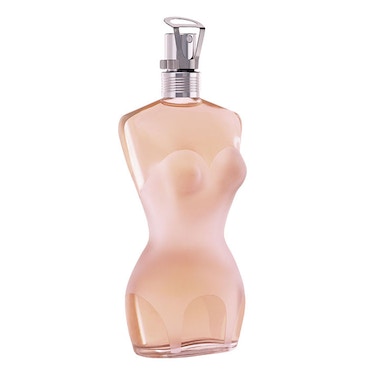 I was singing this today and Fleet got all tail and arse wiggling; shoving his snout in my neck like he absolutely understood every word and that I was singing to him.

“And whatever way our stories end, I know you have re-written mine by being my friend…”   Puddi rolled over and let out the biggest fart known to man

There is simply never a moment to take a single moment in this house.

Couldn’t get over the resemblance between Pud and her Mum they’re the spitting image of each other.   Really nice to know Saphy is still with them at the farm and enjoying her twilight years kicking back as a cosy farmhouse dog.

Favourite movie of all time is Forrest Gump and this heartbreaking scene is now and forever ruined courtesy of Hannah.

One for the horsey folk amongst us but I’m so impressed with how well Joey is put together and comes to life.

Auntysocial
Create a free website or blog at WordPress.com.